About the Stichting Reclame Code

Self-regulatory organization of advertising in The Netherlands

For more information see the English booklet about the complaints procedure and the translation of the Dutch Advertising Code. 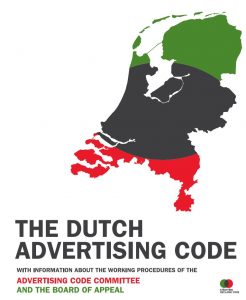 SRC and EASA are also part of the International Council on Ad Self-Regulation (ICAS) which was established in 2016 – an international platform to promote effective advertising
self-regulation worldwide.

EASA has set up a cross-border complaints (CBC) system which has been in operation since 1992. The EASA CBC system provides a complainant with the
same redress available to consumers in the country of origin of the media in which the advertisement appears. Following the ‘country of origin’ principle, an advertisement must comply with the rules of the country where the media that published it is based. There are some exceptions to this principle: in case of direct marketing (postal and telephone marketing), digital marketing communications and online behavioural advertising, the advertisement must follow the rules of the country where the advertiser is based.