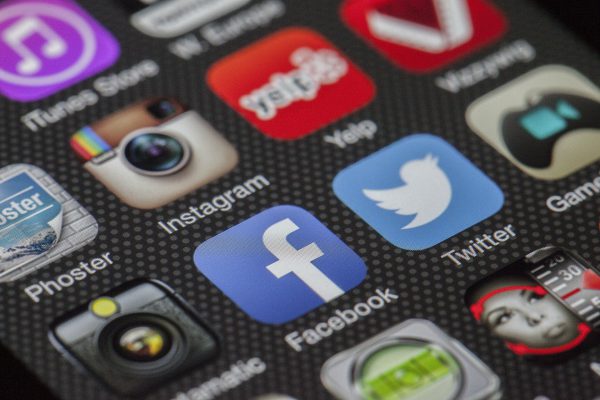 In this Code, the following definitions apply:

Explanation
A relevant relationship is in any event a contract, the sponsorship or the offering of free products to Distributors for the purpose of posting something about the free product.

The existence of a relevant relationship also requires that the distributor provides some form of benefit that the advertiser attaches to the distribution of the statement. This can be a material benefit (money or goods), but also any other benefit such as brand awareness and/ or extra followers.

Explanation
Where this code refers to product(s), it refers to both goods and services.

3.     Disclosure and Recognisability of a Relevant Relationship

a.       Advertising through Social Media must be clearly recognisable as such.

b.      If a Distributor has a Relevant Relationship with the Advertiser, this must be explicitly stated in the advertisement.

If an Advertiser offers the Distributor (an opportunity of) any benefit (e.g. by granting a discount, free products or services or making a payment) for the distribution of Advertising via Social Media, such benefit can influence the credibility of the communication in question. Therefore, the relationship between Advertiser and Distributor must be clear, so that the addressee can correctly identify the communication as advertisement. Whether this is sufficiently clear is subject to the context and the platform used.

The disclosure of the relevant relationship must be clearly legible or audible. This is so that the statement is sufficiently prominent so that it properly informs the average consumer. This requirement must take into account the medium in which the advertisement appears including, among other things, context, placement, time, duration, language and target group.

If the activity concerns advertising targeted at children, note must be taken of children’s level of comprehension, as set out in the Code for Advertising Directed at Children and Young People.
Below are several examples of the manner in which the Relevant Relationship can be communicated to visitors on various platforms. The list of examples and platforms is not exhaustive. Other forms are possible, if they make it clear that it is about advertising. For more examples and guidelines, see www.reclamecode.nl/social.

NB: Distributors who upload videos on video platforms may also be subject to the Media Act. The Dutch Media Authority supervises with this act and has drawn up policy rules in this regard. For video uploaders who are active on YouTube, Instagram and/ or TikTok, have at least 500,000 followers/ subscribers, have posted at least 24 videos in the last 12 months, earn from the videos (money or free products) and are registered as an entrepreneur with the Dutch Chamber of Commerce, specific obligations and (advertising) restrictions apply.

For more information, see influencerregels.com/mediawet and the website of the Dutch Media Authority (www.cvdm.nl).

In the case of advertising within the meaning of this code, the statement (via text or audio) may be included at the beginning of the video, during the promotion or continuously visible in the video and in the description below the video, for example by use of the following text:

Via hashtags in or below the photo/post, e.g.:

Via text in the description below the photo/ post, e.g.:

Via a feature of the platform on which the advertisement is distributed, provided that it is sufficiently clear that there is a Relevant Relationship (for example by using the Instagram function where the Distributor can mention an Advertiser in a post: “Paid partnership with [advertiser]”).
If only a hashtag is used, it must clearly stand out and not be hidden between other hashtags or other information. In any event, it will be clear if the hashtag is placed at the beginning of the message or post.

A statement in the podcast itself and/ or in a description that is visible without having to click on a button such as “show more”; for example:

IV. Advertising distributed through platforms where content is only visible for a brief time (such as Snapchat and Instagram Stories):

Via hashtags in the posted content (in the event of a series of messages, in the content posted first and last, visible during the full period in which the content is present), e.g.:

Via text in the posted content visible during the full period in which the content is present, e.g.:

Via a feature of the platform on which the advertisement is distributed, provided that it is sufficiently clear that there is a Relevant Relationship (for example by using the Instagram function where the Distributor can mention an Advertiser in a post: “Paid partnership with [advertiser]”).
If only a hashtag is used, it must clearly stand out and not be hidden between other hashtags or other information. If the hashtag is placed at the beginning of the message or the post, it will anyway be clear.

V.   Advertising distributed via a live streaming service (such as Twitch, Instagram Live and TikTok live)

If the advertising is distributed via social media platforms on which live streaming services are offered, the mentions by means of a hashtag, text and spoken messages as described above can be used if it is sufficiently clear that there is a Relevant Relationship. In addition, it is important that the Relevant Relationship is mentioned with some regularity in the event of a long stream where can be expected  that viewers switch on or off during the stream.

a.      Modifying posts or other communications on social media in such a manner that the average consumer may be misled is prohibited.

b.      If the Advertiser modifies, or has another party modify, posts or other communications on social media in order to recommend a product, service or activity, either from the Advertiser or from a third party, the Advertiser must disclose this in a clear and accessible manner.

c.      If posts or other communications on social media are modified, selected or compared for the benefit of the Advertiser, within the context of recommending a product, the Advertiser must do everything necessary that is clearly stated that there is a Relevant Relationship.

d.      The Advertiser is furthermore prohibited from systematically creating and/or using false or non-existent identities in bulk to communicate about a product and/or service through social media. The use of fake likes and fake followers is also not allowed.

Explanation
When displaying content generated by consumers in a selective manner, as a result of which only positive communications are presented, the Advertiser is required to disclose this.

The advertiser must ensure that an impression about a product or service that emerges from posts is not misleading. He must therefore disclose any form of selection or modification of posts in his own media. The advertiser can, of course, use posts separately from the forum on which they are posted. In as much as this is permitted under the Dutch Advertising Code, of course. The point here is to avoid suggesting an open forum when that isn’t the case.

Example: When short Social Media posts are displayed on an owned platform and the Advertiser only publishes the positive statements there, the Advertiser must clearly indicate this. For example, by stating that this is a selection of positive reactions. Naturally, paragraph a. of this article continues to apply: such clarity does not necessarily mean that the result of the selection can’t be misleading.

NB: Teasers are allowed, unless the teaser might induce the average consumer to make a decision about a transaction that he would not have made otherwise.

NB. The prohibition not to create and/ or use false/ non-existent identities does not mean a prohibition to use virtual influencers or characters (from, for example, books, TV series or films), where it is clear that it is about a non-existent person.

6.     ADVERTISER’S DUTY OF CARE/ RESPONSIBILITY TOWARDS THE DISTRIBUTOR AND THIRD PARTIES

a.      Make the Distributor aware of the contents of this Code;

b.      Require the Distributor working on his instructions to comply with the relevant law and regulations, including the Dutch Advertising Code as well as this Code;

d.      Actively endeavour to hold the Distributor to the obligations cited in b. and c. and actively to take measures against transgressions referenced in b. and c.

2.  The Advertiser cannot excuse himself from the obligations referenced in 1 based simply on the  circumstance that the Distributor does not respect the instruction.

4. The Advertiser and Distributor each bear their own responsibility for compliance with Articles 3, 4 and 5 of this Code. When a complaint is accepted, the Advertising Code Committee and, on appeal, the Board of Appeal, can designate the party to which non-compliance with this Code can be attributed.

Explanation
If there is a relevant relationship arising from an agreement, the advertiser must oblige the distributor to comply with this Code, for example by including a provision in the assignment, employment contract or promotion conditions, as referenced under b. If there is no agreement, the advertiser must expressly point out this code when inviting distributors to express their opinion on its products.

8.    Evaluation and Entry into Force

b.       This Code may be reviewed annually and amended if necessary.